Over the weekend I had a chance to see After Earth in theaters. After Earth is directed by M. Night Shyamalan, staring Jaden Smith, and Will Smith. I was going to write up my own synopsis for After Earth, but the one from IMDB.com really describes it best.

Synopsis form IMDB.com: A crash landing leaves Kitai Raige and his father Cypher stranded on Earth, a millennium after events forced humanity's escape. With Cypher injured, Kitai must embark on a perilous journey to signal for help.

Recently I've been a little out of the loop with movies coming out. I work full time, I'm working on a house, and helping to plan a wedding. So sometimes it just gets tough to keep up. Now having said this, I was quite disappointed in myself when I realized After Earth was directed by M. Night Shyamalan, and had no idea until I saw his name pop up in the title sequence. That was a moment where I felt like my finger couldn't be further away from the pulse of Hollywood films. Usually the only time something like that would happen to me, I would be in the middle of a film project, and in those cases I'm okay with it because I'm working on bringing a story to life. I knew After Earth was coming out, but some how I missed who was directing it. I've always enjoyed M. Night Shyamalan films, and he's one of the few I try to keep up on.

When I saw the previews for After Earth, I wasn't really sure what to think about it. It felt like the film was more about Will Smith trying to make sure his son's name gets out there.While it still may have been something along those lines, I actually enjoyed the flick. It was definitely better than I thought it was going to be, even though I already while I watched the movie I was able to figure out how it was going to end. It was surprisingly more predictable than many of M. Night Shyamalan's other films. He tends to have twists at the end of a lot of them such as The Village, and Signs. It could also be that I'm too used to his films. Overall I give After Earth a 3.5 out of 5. It's worth seeing at least once, and it doesn't need to be in theaters when you see it.


Posted by Apollodorus Films at 12:29 PM No comments:

I know that I have already posted about John Carter of Mars but I just finished the third book, and I wanted to write up a review. Yes, I'll tell you some story from when I was young, but sometimes this is how I like to approach some of my posts. 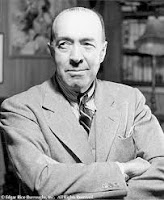 The first time I heard of the John Carter series was from my father years ago right after my grand father passed away. At the time I enjoyed reading, but I was too preoccupied with other things I wanted to do and read than some "old books". My dad had the entire series in hard cover, which we had found in my grandfather's house. Now lets fast forward to more recently. As you know I watched the new John Carter Disney movie, and with that, I was reminded of the time my father had told me about the series. Of course now I can't find the books my father had given me when I was young, and I regret that, but I have purchased the first three books and as you obviously should know at this point, I read those.

Now onto my review of the books. I should start off with the title of each of these books, they are A Princess of Mars, The Gods of Mars, and The Warlord of Mars. It's hard to do a book review on any of these books by themselves. The reason for this is because the first two end with cliffhangers. You feel the need to move on the the next book right away so you know what happens. I have to say, it was a clever device for Edgar Rice Burroughs (The Author) to use. The third book ends in a satisfactory fashion, where you feel like you can relax a little before moving to the next one. Which is why I felt it to be the best point to do an actual book review.

John Carter of Mars is about a civil war veteran from Virginia named John Carter. He some how gets transported to Mars and nothing but constant adventure ensues. Much of John Carter's motivation comes from his love for the Princess of Helium Dejah Thoris. She tends to be in constant danger through these first three books. These first three books take place over a 20 year period of time, which at points was hard to comprehend because of how quickly you can go through the books.

While reading the books, I always wished I had more time to keep reading, and hated being interrupted because of how much I enjoyed them. Over all I have to give John Carter of Mars a 4.5 out of 5. I enjoyed each one, and still wanted to read more. If you like classic Science Fiction you'll probably enjoy at the very least the first three books A Princess of Mars, The Gods of Mars, and The Warlord of Mars.
Posted by Apollodorus Films at 12:33 PM No comments:

Last night John and I talked about a couple of our old videos we did years ago. Here they are below, and if you haven't listened to our newest podcast you can subscribe to them on iTunes, or right here on the website.


Posted by Apollodorus Films at 8:37 AM No comments:

I have discovered a newer game in the Apps store. Considering the title of the post I'm sure you already know what game I'm talking about, GHOSTBUSTERS. Yes there finally is a GHOSTBUSTERS mobile game!

The GHOSTBUSTERS mobile game takes place after the movies. Do you remember at the beginning of the first movie when Venkman kept giving the one guy electric shocks? Well the game takes this guy and makes him a the reason crazy stuff is going on in the city again. I don't want to go into too much detail on the story, but it's a cool, and fun concept.


The developers are still working on the game, and they've made some changes since I've started to play it, so it's a work in progress. Overall it's a fun game that you can see and play for hours. I give this game five Slimers out of five.
Posted by Apollodorus Films at 2:59 PM No comments: