Game of Thrones Seasons 1-3 (My Thoughts) 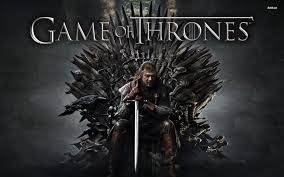 This isn't really a review of Game of Thrones, it's more of a reflection, and maybe even a little warning to anyone who hasn't watched it yet. I recently finished watching the first three seasons of Game of Thrones. That is a show that I can't help but love and hate at the same time. It's actually caused me to start reading the books. It's one of those shows where you eventually become afraid to start rooting for any characters because you're afraid of what's going to happen to them in the next season.

I've read a few reviews on Game of Thrones, and most people love it the same way I do, but there are those out there who seem to hate it with a passion. Those people I can't blame for not liking it, especially if their reasons are what I was talking about above, with the fear of what might happen to your favorite characters. It's a pretty rough show to watch, especially as you go through each season.

When I first heard about Game of Thrones, I was warned ahead of time about how the books, and show are, so it was easier for me to get into the show. The show and books aren't for anyone who's into more traditional story telling. In my opinion I think it's worth checking out.
Posted by Apollodorus Films at 1:43 PM