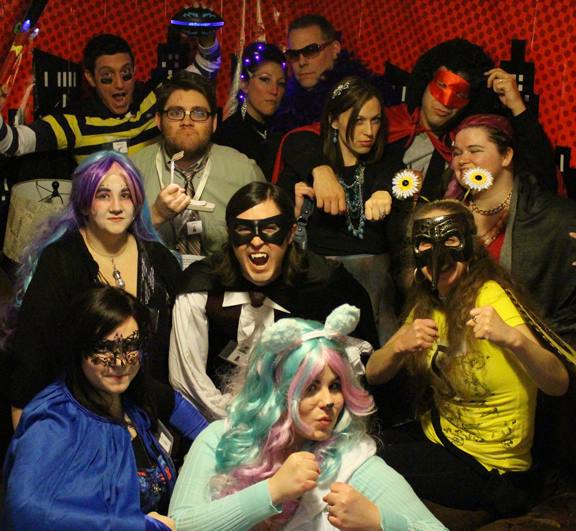 It's party time! Every year my wife and I have an annual Murder Mystery Party. This past weekend we had one that had a Superhero theme to it, which made me feel like it's worth a post here on TheRetroAve.com. When my wife and I were deciding what this years theme was we were watching a lot of Batman, Arrow, and I believe the Flash TV show just premiered, which seemed to have an effect on our decision making.

This year's murder mystery party was named Assassination at the Superhero Assembly. Now that we've done a couple of these my wife and I are considering writing our own murder mystery for next year, but we purchased this one at MyMysteryParty.com. Here's the description of the one we purchased that they have on their site: 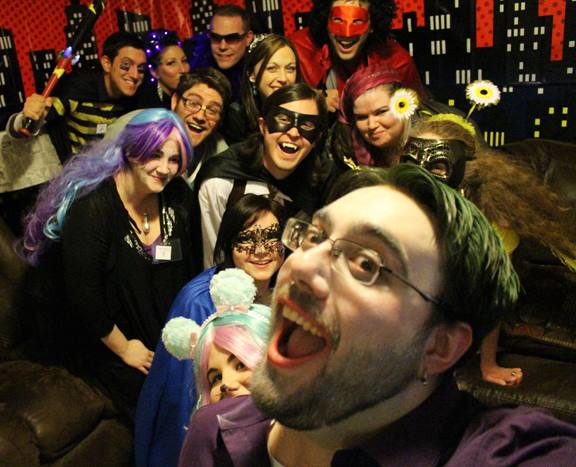 "A super fun superhero murder mystery party for 6-10 heroes, ages 12+. The story is set at an annual superhero meeting to discuss the capture of a notorious criminal mastermind known as Da Bomb. Host this party if you are up for loads of super powers, deceit, intertwining story lines and murder!"

Overall we had a lot of fun with this one, it came with 10 characters, and due to the number of guest we were having we ended up picking up the expansion pack, which came with 11 more characters. Each character is designed to make you laugh either from their names, to what their super powers are, and if you have the right people chosen for each character, it can make it even more fun and entertaining. We like to do extra little things at our murder mystery parties such as give out awards, and gifts for people who are voted to have the best costume, best actor, and give out awards to those who figure out the mystery. If you haven't ever tried out a murder mystery party, I suggested checking one out sometime, and even hosting one yourself. The best part is that you get to be someone completely different for the night.
Posted by Apollodorus Films at 10:36 AM