As some of you know I went to PAX East 2013. This was one of the best ones yet. I was able to check out a lot of stuff, especially the Indie Games. There was so much to check out, I actually wasn't able to check out everything that I wanted. Out of the three days I was there for two of them. The third day I had to drive back home for my day job. 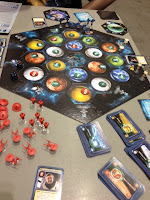 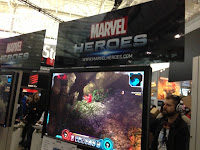 Day one started off as an attempt to see where everything was so we could asses the situation and figure out where to go first (Yes we had the guide, but having an actual visual helps). There was all kinds of crazy commotion. Everyone wanted to check everything out. There was a Watchdogs preview, DuckTales Remastered was announced and they had a playable version there. There were countless indie games, in every nook and cranny. That's not to mention the American Classic Arcade Museum, the table top area, console free play, cos-players, and a tons more.

Honestly three days to check out PAX East isn't really enough. I was able to interview a few of the indie game developers, but missed most of them. I'll post up those interviews as the week goes on.
Posted by Apollodorus Films at 1:36 PM